Situated approximately 225 K.m. north-west of Jaipur, Rajasthan, India, Tal chapar is reputed to be India’s one of the best bird-watching as well as bird-photography destinations. It is well-known among birders worldwide for a rich diversity of birds of prey of the region as well as rarities like spotted creeper, Stoliczka’s bushchat, yellow-eyed pigeon, white-tailed eagle and rufous-tailed scrub-robin. More than two hundred and fifty bird species can be recorded in one calendar year by a handful of birders. From bird diversity point-of-view, this small region covering around 30 sq. km. is home to almost half of the bird families from the mainland India (a little more than hundred in number) to name a few, cranes, flamingos, coursers, thick-knees, sandgrouse, storks, ibises, avocets, plovers, eagles-buzzards-vultures-harriers, falcons, buttonquails, hoopoes, bee-eaters, rollers, larks, pipits-wagtails, warblers, flycatchers and (quite surprisingly) nuthatches. This is mainly because within such a small semi-arid region we have diversity of habitats like grassland, saltpans, lakes and ponds and woodlands. 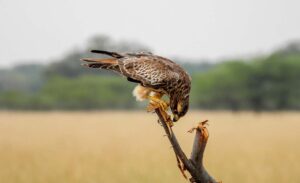 Birding hotspots in and around Chapar 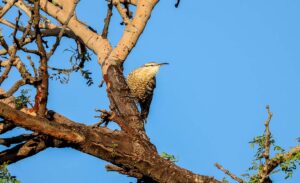 For the complete checklist of Chapar and around birds, click ebird-India page below: